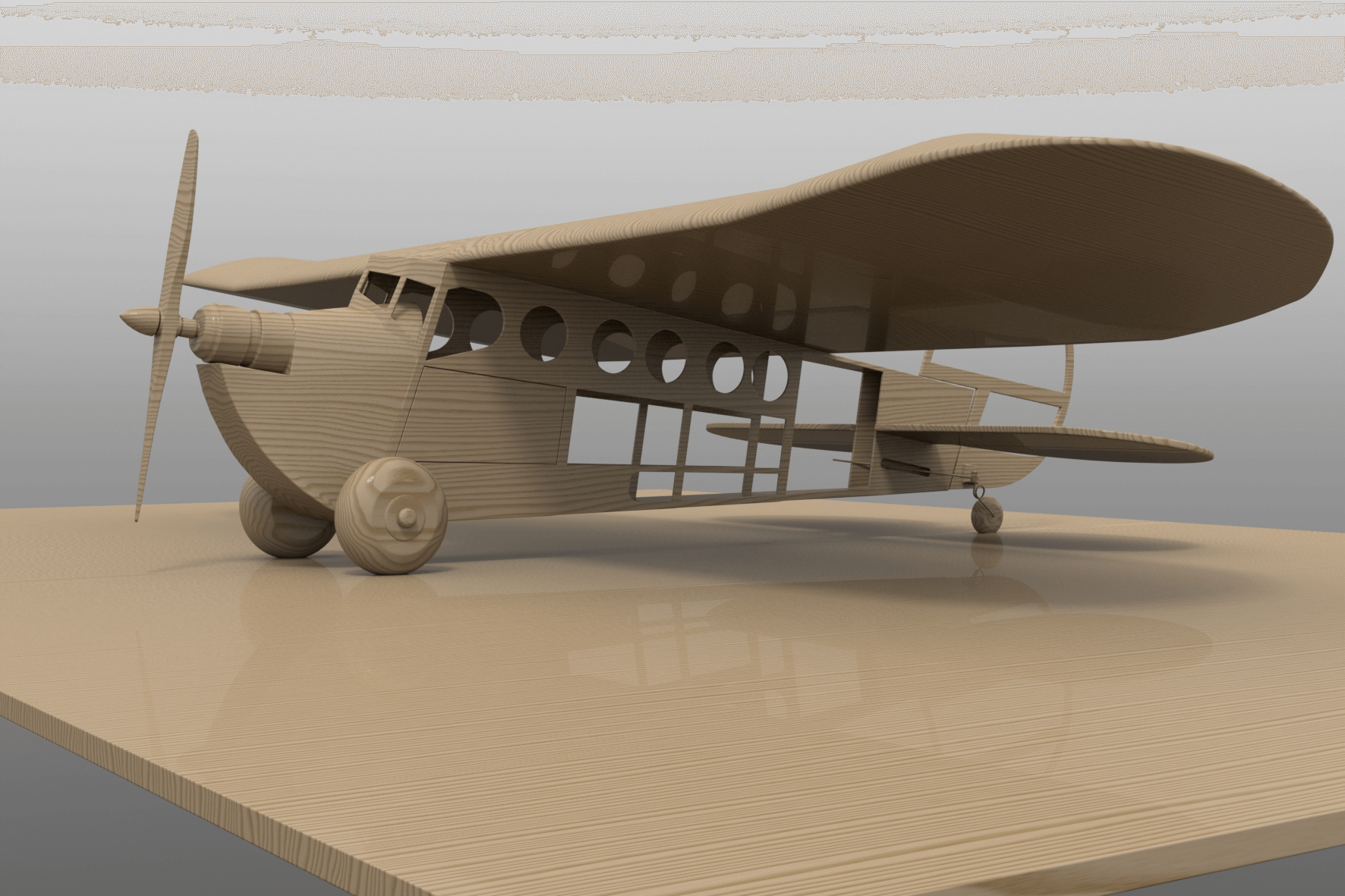 The Lazy Bee is a versatile slow flyer for pilots of all skill levels.  It has an almost magical flying ability that makes it fun to fly whether you are a  beginner or an expert.  It performs very short take offs and landings.  Its sprung landing gear allows it to fly from very rough runways. Its oversize control surfaces and lightly loaded wing give it extreme maneuverability. These qualities made it the original "Backyard Barnstormer" when it first came out in 1992.   You can set it up to be docile and relaxing, or very responsive and sensitive. It works well with a huge range of electric and combustion power plants. Think super light, super slow floater...  or highly overpowered hot rod.... or anywhere between. That's how it has been popular for use as a basic trainer, AND as a 3d trainer!

It's In The Design

Another great quality:  Intelligent construction. The Bee is quite exceptionally durable.  It can tolerate crashin' and thrashin' again and again-- with minimal damage. Also, it’s designed to be easy to repair. The wing, motor, and tail are mounted with rubber bands (bolt-on wing is an option). Another advantage of the Lazy Bee's modular design is that it's super easy to convert between from one wing option to another, and back again... Or to go from floats to wheels.

The Power To Fly With All Power

The Lazy Bee has flown with all types of electric and gas motors. It flies well using low power systems with power ratings as low as around 75 watts, or more powerful motor systems up to 20 or so ounces for the combined weight of the motor, speed control and battery pack. Using combustion power it is light enough to fly on low powered fuel-endurance .049s, but strong enough to handle power plants as big as .30 size glows, diesels and four strokes.

When you decide to build your first Bee, it helps to know the difference between the Lazy Bee Original and a Lazy Bee Special. A Lazy Bee Special is a Lazy Bee with the special feature of ailerons.  Both Lazy Bees use the same fuselage; the wing is the only difference.  Whether you get an Original or a Special, both versions include everything you need to build either a 40" Wing or an Extended Wing (48" for Original, 50" for Special). If you want to build both wings, or even all four wings, we do sell Wing-Only subkits. The Lazy Bee's modular construction makes it possible to easily switch wings at the flying field.

Which wing do you want to start out with?

The Original, non-aileron wings are lighter in weight. The short span version will do snap rolls and rolling circles.The long original wing glides the best and has done well in gliding contests, especially if flown with no landing gear. (Bees are designed to be able to belly land). The Special: aileron wings are heavier, and that weight is spread out so the wing tips have extra momentum in quick maneuvers. This makes handling slightly less precise.  The Lazy Bee Specials do side slips, knife edge and other 4 channel maneuvers. Both of the short wingspan versions have a reputation for flying in winds that ground most other models.  The longer wingspan versions will fly the slowest, do tighter maneuvers, and glide better than the shorter wing versions. But ALL Lazy Bee versions glide well, especially when set up to be light in weight.

Floats On A Bee

The optional Sea Bee Float Kit will be available soon. The Float Kit works with all of the Lazy Bees and also the Speedy Bee (available soon).  If you have never tried float flying, it's a lot of fun with these floats.  We got it Just Right: Over 20 different float designs were tested during development. Takeoffs and landings are short and just as easy as  doing it from  land!  Nose-overs are only likely in high wind conditions or with really bad handling of the controls. The aerodynamic floats provide more lift than they weigh. Stall speed is reduced with the floats. Float flying does not require much more power than wheel flying. Bonus: The floats double as snow skis. Yee haw!

From Turf To Surf

Our Lazy Sea Bee Floats are lightweight and very simple to build. They attach to the axles with rubber bands. No extra fittings are needed. Simply remove your wheels, and then rubber band the floats to the axles. It's so easy. You are ready for water takeoff!  The Lazy Sea Bee also makes a very fast speed boat by running it with no wing.

Crafted By A Modeler

The new kits come with all possible wood parts laser cut. The kit is carefully made by Andy Clancy, the designer, from wood carefully chosen for the job. The kit includes all the wood, the wire landing axle and pre-formed tail spring, bamboo wing hold dowels, transparent iron-on film for the windows, highly detailed 3 page plans, and the To Build a Bee Instruction Book... The plans have templates for all the parts, even the covering. This kit and its instructions have gone thru a long evolution of improvements based on the constructive criticism, ideas and suggestions from many of the modelers who have built it.

We guarantee this kit.

The New Lazy Bees are now available! Currently we have Original Lazy Bee kits. (You do not need to specify 40" or 48" wing. Each kit has what you need to build either wing.